A father who was on the verge of losing his home and contemplating suicide after doctors misdiagnosed him with ME while overlooking a treatable genetic condition for six years, says the NHS has treated him with “contempt”.

Peter King, 60, from Essex, found out in late 2018 he had hemochromatosis, often known as iron overload, a heritable disorder affecting as many as one in 200 people in the UK.

I just wanted to share this article about Pat Flynn, who sadly died from liver cancer after being diagnosed with hemochromatosis. There is a charity golf day being held in May at Greenburn Golf Club, Fauldhouse, where Pat played from his early years. Funds will be raised for The Hemochromatosis Society – www.hemochromatosis.org.uk

Hopefully, some of you will be able to attend – you can read the full article here:

It is a myth that hemochromatosis is a rare condition!

Two recent studies – Pilling et al, 2019; Tamosauskaite et al, 2019 – have shown that GH / HH can affect unto 20 times more people that previously thought!  The recent report by Professor David Melzer (who we are in contact with regarding our research project) – Exeter University (2019) – showed that having HH ‘quadruples the risk of liver disease and doubles the risk of arthritis, and frailty in older age groups.’

Genetic hemochromatosis is the most common inherited genetic disease in European populations (Powell et al, 2016). Alleles are different forms of the same gene, and if an organism has two copies of the same allele, it is homozygous. In the HFE gene, a homozygous mutation C282Y reduces concentrations of the protein hepcidin – a regulator of iron’s release into the circulation – and could cause excess iron accumulation, also known as iron loading (Pilling et al, 2019).

This mutation is reportedly present in around one in ten northern European people  – so for the UK that is c. 6.7million people, that certainly isn’t rare!  Conventional wisdom suggests that around one in 200 people will be homozygous, – in Ireland that number is reported to be as high as 1 in 83 people!

Let’s keep spreading the word and please keep checking our website for an exciting (soon to be released) announcement about our research project, which will be starting in March 2019.

BBC Radio 4 Inside Health discusses hemochromatosis in this Podcast – at around 8minutes 45 seconds into the item – or listen to the clipped Podcast here:

What a busy day today has been, the BMJ study (available in full on our downloads page shortly) highlights what a lot of you already know about HH – fantastic to see more mainstream media coverage, spread the word people ! 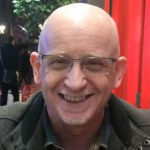 David was interviewed on the radio at the start of world Haemochromatosis week:

Click on Katherine to read the full story and to hear about Abigail, who was diagnosed with HH aged just 15!